Verizon plans to use the 5G Ultra Wideband name for the service that the company expects to begin offering in the first quarter of 2022 using C-band spectrum. Until now, Verizon has reserved the Ultra Wideband name for service deployed in the millimeter wave band, which supports the highest speeds but over relatively short distances.

Verizon was the biggest winner in the C-band spectrum auction, which concluded in January. The company committed to spend over $45 billion on spectrum licenses which, according to today’s press release, are for an average of 161 MHz of spectrum nationwide.

Today’s press release noted that Verizon has selected Ericsson and Samsung to provide radio access network equipment for C-band deployments and that Verizon expects to have completed deployments to areas serving 100 million customers by March 2022. Those customers are all in the 46 markets slated for early clearing, as remaining spectrum is not slated for clearance until 2023.

Of the three nationwide mobile carriers, Verizon was most in need of mid-band spectrum prior to the C-band auction, which included spectrum between 3.7 and 3.98 GHz that is considered to fall in the mid-band category. Initially the company focused on millimeter wave spectrum because of the high speeds the spectrum can support. The company subsequently deployed 5G service in lower frequency bands, but on a shared basis with earlier-generation service – an approach that limited the speeds that could be supported. The company uses the name 5G Nationwide for service deployed on that basis.

AT&T was the second-biggest spender in the C-band auction and previously announced Nokia as a supplier for that network. 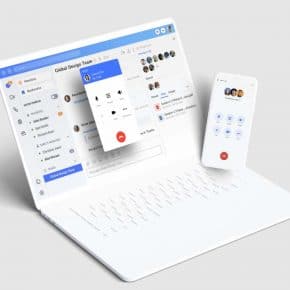