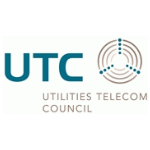 Getting more spectrum for mobile broadband is a high priority for wireless network operators. But they’re not the only ones looking for more spectrum. Connie Durcsak, CEO of the Utilities Telecom Council told me this week that getting more spectrum is one of two key issues (along with enhancing cybersecurity)  for UTC members, which include hundreds of the nation’s utility companies and key suppliers.

In an effort to avoid building new coal-fired plants, policymakers and utility companies are taking a “hard look” at demand response, Durcsak explained, referring to an emerging technology that aims to add intelligence to utility/ power distribution networks so that existing power sources are used more efficiently.

Some people call this sort of network modernization the smart grid, and Durcsak sees two key elements underlying smart grid initiatives. These include smart meters – an area where utilities may be able to rely on commercial wireless networks for communications—and communications within power distribution networks, where utilities are more likely to want to build their own networks, Durcsak said.

The second category of applications, she said, have a “really low tolerance for latency” and require a “lot of redundancy” — and networks supporting these applications must be self-healing and optimized for the application. Substantially more bandwidth is required because “it’s about transporting a vast amount of data needed to manage this complicated environment and we have gone from one-way communications to multi-way,” said Durcsak.

UTC is willing to share spectrum with other users, however. For example, Durcsak said a key success for UTC was being included in plans for the nationwide public safety network – a mobile broadband network that will operate in the 700 MHz band.

“When you look at what really happens on the ground [in an emergency], interoperability is essential,” said Durcsak.

“We consider ourselves first responders,” added Tom Perry, who was recently selected to serve as chairman of the board for UTC and who is also the superintendent of system communications at Santee Cooper. “We may not be the guy with the fire hose, but we’re right there beside him and we have to secure things before he can go in.”

“Today interoperability does happen on the ground – that’s when the [person from the] utility hands over his handset to the police offer,” quipped Durcsak. Moving forward, she said UTC wants to see interoperabilitly designed “holistically from the get-go.”

Utility/ telco synergies
As for the possibility of working with commercial wireless network operators on smart meters, Durcsak said, “There’s a lot of opportunity in the wireless sector for supporting these efforts.”

She added that traffic from smart meters is “predictable – you know when and where bursts are going to happen and how much bandwidth they’ll consume.” That reality, she said, could make utilities an “interesting tenant” on commercial wireless networks.

Another area where the UTC sees synergies with telcos is in allowing telcos to use utilities’ pole infrastructure.

“It’s to our mutual benefit,” said Brett Kilbourne, vice president of government and industry affairs for UTC. “They don’t have to build infrastructure. We become a landlord and they’re a tenant.”
Regulators already are looking at streamlining these operations – and as that occurs, Kilbourne said, “We want to make sure it’s reliable and utilities are adequately compensated.”

Funding issues
I asked the UTC executives how utility network modernization will be funded and Durcsak said, “It’s a challenge.”

She noted that utilities were awarded a total of $4.5 billion in matching grants through the American Recovery and Reinvestment Act, which she said has been “really instrumental.”

But for those utilities that did not receive ARRA money, funding could be more difficult, as it’s difficult in today’s economy to ask utility customers to pay more for services. “To recoup costs is a daily challenge that utility executives and regulators are facing,” said Durcsak.

UTC Vice President of Strategic Initiatives and General Counsel Mike Oldak added that regulators generally do not allow utility companies to deploy or upgrade infrastructure unless they can demonstrate a clear return on that investment.

“If costs exceed the benefits, it won’t happen,” said Oldak.