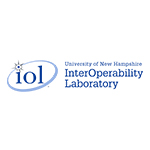 The University of New Hampshire InterOperability Laboratory (UNH-IOL) is putting its testing and certification resources behind the push to advance the G.fast ¨ultra-fast¨ broadband standard, the organization announced at the Broadband World Forum in London October 20.

Earlier this year, UNH-IOL conducted one of the first public demonstrations of G.fast interoperability and ability to deliver 4K Ultra HD TV.  In addition, UNH-IOL is running a G.fast Certification Beta Program in advance of G.fast’s anticipated public launch in 2016. The lab is also supporting a growing consortium of companies that aim to launch commercial G.fast products and services.

G.fast Progress
Telcos are looking at G.fast as a means of further leveraging their DSL investments and infrastructure. Designed to deliver data transfer speeds from 150Mbps and 1Gbps over short distances (up to 500m), thereby offering telcos a means of avoiding the time and cost of laying fiber to the home or premises.

With the anticipated ability to deliver high-bandwidth multimedia content much faster than current DSL network architecture, telcos are also looking at G.fast as a means of competing against the cable industry’s emerging DOCSIS 3.1 ultra-fast broadband standard, as well as fostering greater subscriber satisfaction and loyalty.

The G.fast Consortium in 2014 chose UNH-IOL as its first and only official G.fast Certification Program testing site. The program is on track for its official launch in next year’s first half, according to UNH-IOL.

“We’re grateful to our Beta Program participants, who are helping to ensure that the official G.fast Certification Program will provide the best possible quality right from the start,” UNH-IOL Senior Engineer Lincoln Lavoie was quoted in a news release.

“We’d also like to encourage all G.fast stakeholders to contact us now to get a head start on prepping their products and scheduling testing in advance of the formal program launch.”

UNH-IOL is leading a group of vendors as they carry out a public demonstration of G.fast at the Broadband World Forum in London further demonstrating G.fast progress.

“The Broadband Forum’s Interoperability Pavilion will showcase a number of technologies, including GPON, VDSL2, TR-069 and G.fast,¨ Broadband Forum CEO Robin Mesh highlighted. ¨We are delighted to welcome our partners at the UNH-IOL and applaud their progress toward G.fast testing that will deliver the range of certified products that the industry expects.”