Home » The Upcoming Google Phone: Should We Care? 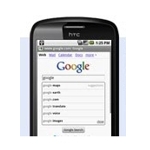 The blogosphere is all abuzz about the so called Google Nexus One – a Google manufactured mobile phone that was revealed on Google’s Mobile blog over the weekend. The consensus (or speculation) is that Google intends to build its own wireless device and sell it directly to consumers, without a wireless carrier partner (although T-Mobile is rumored to be in the mix somehow).

Should anyone care about this latest Google rumor? My initial impression is probably not. Some speculators suggest maybe Google will eventually offer some type of free access over the phone, in exchange for ad views. Personally, I don’t see how that’s possible – at least not in the framework of the U.S. market. Its one thing for Google to offer a device, it’s quite another to operate a nationwide network for that device to use. Without a network they control, customers will either have to go to an existing wireless carrier for service, or rely on thousands of disparate, unmanaged Wi-Fi networks for access. I wouldn’t be ‘shaking in my boots’ over those propositions.

Perhaps the new phone will have a WiMAX chip, allowing it to be used on Clearwire’s network. Clearwire claims that their network will be open, allowing any compatible device to access it. On Clearwire’s network, Google could use VoIP for voice service, and offer a 4G data experience. But even in that scenario, customers will still need to pay a subscription to Clearwire – not exactly a business model disruptive event.

I suspect Google is doing what it’s been doing a lot of, of late. Trying to use its massive market power and cache’ to influence the marketplace. Mobile wireless is the next great growth engine for Google. They want to influence mobile wireless market factors in a way that maximizes their ability to profit from them. That’s exactly what they did with the 700 Mhz wireless auctions, where they influenced the process through bidding on spectrum to get desirable ‘open’ rules for that spectrum. They are doing similar things with the ‘white space’ wireless debate.

You could draw similar parallels here. By flirting with mobile device distribution models, they are trying to influence how consumers get their hands on the devices (and the software that runs them) that drive future growth and profitability for them. By so doing, they not only impact Android devices, but iPhone, BlackBerry and others. Their end game is to get as many devices into the hands of as many consumers as possible. If those devices run Android, all the better. Nexus One and all the hype, speculation, and maybe sales it drives, is but one means to that end. Not exactly anything to get riled up about.

What do you think?

3 thoughts on “The Upcoming Google Phone: Should We Care?”