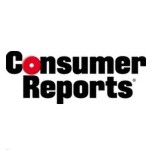 AT&T and Verizon will be happy to learn that their U-verse and FiOS offerings are consumers’ preferred choices for bundled voice, video and Internet service, according to results of a survey of 70,000 Consumer Reports readers released today.  But the telco giants, along with communications service providers of all kinds, may be less enthused about money-saving tips offered in the report from Consumer Reports—tips which, if widely implemented, could cut significantly into service provider revenues.

After U-verse and FiOS, the “next best choice for many households,” Consumer Reports said, is a bundled service offering from a highly rated cable company such as Cox, Cablevision or Bright House Networks. Recognizing that cable and telco fiber-based offerings are not available everywhere, the researchers added that ubiquitous DirecTV and Dish Network video services received above-average survey scores and that those services are available in bundles with DSL and phone service from some telcos.

When asked specifically about Internet service, survey respondents gave the highest rating to WOW,  a small cable operator that was ranked above both U-verse and FiOS data services.

These findings are quite similar to what Consumer Reports found in a previous survey just over a year ago.  What’s new for 2011, however, are recommendations on how to save money on bundled communications services such as:

To underscore the final recommendation, Consumer Reports noted that a consistent download speed of 5 Mb/s should be fine even for streaming high-definition videos. It’s worth noting that this recommendation exceeds the 4 Mb/s minimum broadband speed target recommended by the Federal Communications Commission for the proposed broadband Universal Service program.