Home » Should Voice Service be a Loss Leader?

I was struck by a recent TWICE post on the VoIP provider ooma, who’s identified VoIP as a ‘trojan horse.’ Ooma offers ‘free’ voice calling for subscribers who opt to purchase their $250 VoIP gateway. “Once inside the home, Ooma hopes to sell a number of enhanced features to customers. Some, like [a] current premium subscription package, will be telephony oriented. Other offerings still in the works will focus on features such as Internet security, anti-virus and bandwidth monitoring, among others” ooma chief marketing officer Richard Buchanan told TWICE.

The ooma reference reminded me of a debate at a recent strategic planning session I facilitated for a telco in the upper midwest. A senior exec at the telco argued that it was in the company’s best interest to begin positioning themselves to give voice ‘away,’ in the hopes of keeping and attracting broadband customers. The idea being that wireline voice should be a loss leader for upselling ‘more important’ services. Certainly not a revolutionary idea – but interesting to actually hear it directly from an exec at a company that still derives the lion’s share of its revenue from voice service (as most small telcos still do). There were counter arguments that suggested such a strategy was premature – some thought way premature. But no passionate argument against the concept. Makes you wonder if the writing is on the wall. I sometimes worry that the independent telco industry is too focused on maintaining a system that’s served them well for decades, but is unsustainable for a future that we can all see today. There’s been a lot of grumblings about change recently, especially from the new administration in Washington. But change is hard to come by – especially telecom regulatory change. It’s funny – I think everyone in the industry recognizes that their future lies in broadband. More and more are ready to embrace that future, where voice is simply an application riding a broadband network. But the path to get there is as unclear as ever. I fear smaller telcos are at a disadvantage for today’s reality – a disadvantage that will only intensify in the future. Their reliance on TDM voice in some regards prevents them from embracing and leveraging the broadband/IP future that is already upon us. What will it take for the regulators and the industry to carve out a regulatory framework, where broadband is the underlying service, and voice becomes an application, loss leader or otherwise? 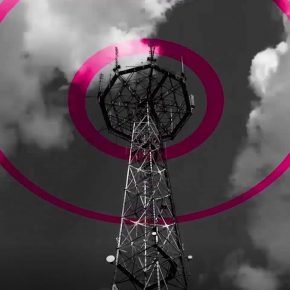 2 thoughts on “Should Voice Service be a Loss Leader?”