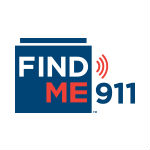 A large gap exists between public expectations that wireless callers in emergencies dialing 911 can be located by emergency responders and the FCC’s limited location requirements for cell phone carriers, according to a survey of 1,048 U.S. adult cell phone owners from Find Me 911 conducted by SurveyMonkey.

Two-thirds of cell phone owners incorrectly believed that if they used their mobile phones inside their homes to call 911 wireless companies could assist emergency responders locate them at least to their block. Just 6 percent correctly believed that wireless company location information would likely only be accurate to the neighborhood level or worse.

At least 10,000 lives could be saved a year if emergency response times were improved, according to FCC estimates. Nearly two-thirds (63 percent) of survey respondents said they would consider switching cell phone carriers to one that could more accurately and reliably locate 911 callers.

“When people dial 9-1-1 on their cell phones, they think the operator can find their location to send help,” Director of the Find Me 911 Coalition and former Chief of the FCC’s Public Safety and Homeland Security Bureau Jamie Barnett was quoted in a press release.

“Unfortunately, the carriers have chosen cheaper, less effective location technologies, and people are dying because emergency responders can’t find them. If you call 9-1-1 on your cell phone inside or in an urban canyon, the carriers’ technologies will often fail to accurately locate that call.”

Key findings from Find Me 911’s survey include: