Home » SmartGrid: Show Me the Money? 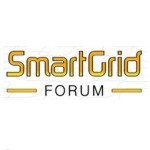 Several themes emerged from our SmartGrid Forum event over the past two days, primarily due to spirited and intense discussion among participants regarding smart grid’s implications for broadband carriers. Perhaps the theme that hit home with most was offered by JSI Capital’s Bill King who simply asked, with regards to smart grid, show me the money?

Broadband carriers, large and small, are trying to evaluate the opportunities presented by smart grid, if any, and that was our focus for the conference. The business model, or lack thereof, was a recurring theme, as was the challenge and opportunity of broadband carriers and electric utilities finding common ground to partner for this emerging trend.

A spirited discussion among all conference participants emerged during a presentation being delivered by Brocade’s Srinivas Hanabe on the role of broadband in the smart grid when King posed the question, show me the money? Of course, no one had a real answer to the question because clear business models for the smart grid opportunity have not yet emerged. Even Verizon’s Lewis, whose company has invested significant resources in the smart grid opportunity, admitted that smart grid business models are somewhat elusive for broadband carriers right now.

Insightful discussion surrounding the importance of telco-utility partnerships was present throughout the entire event. Andy Brown of law firm Bennet & Bennet highlighted a situation where an electric cooperative built a duplicative fiber transport network on top of a telco’s existing network as a cautionary tale of the danger of telcos and utilities not engaging in meaningful partnership discussions for smart grid.

One thought on “SmartGrid: Show Me the Money?”