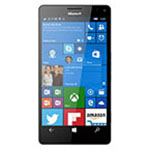 Apple, Samsung and Google continue to dominate markets for consumer connected devices, but Microsoft’s focus on improving the overall user experience is paying off, according to Argus Insights. Microsoft’s ¨Delight Index¨ – Argus Insights’ proprietary measure of user satisfaction – has been on the rise for the past nine months, leaving Microsoft mobile satisfaction rates second after Apple in Argus’s latest ranking of consumer electronics (CE) brands and products.

Microsoft is gaining adherents among users of smartphones, fitness bands and tablets in particular, Argus Insights highlights in its “Battle of the Brands: September 2015 -Making Sense of the Mad Dash for Mindshare” report. Samsung, in contrast, has been hit hard by Apple’s latest iPhone launch.

Microsoft Mobile Satisfaction
“Apple has created a Walled Garden with its all-star mix of hardware and software. But over the past year we have watched Microsoft’s success in devices poking holes in Apple’s walls with their tablet and wearables offerings, “ CEO John Feland was quoted in a press release.

“Unlike Google and Amazon, which offer inexpensive hardware offerings meant to entice more consumers to visit their gardens more often, Microsoft has focused on crafting new experiences built on solid hardware that is delighting consumers. Samsung, without a strong content play, is just leasing space in the gardens of other brands.”

In its report Argus presents measures of and analyzes user ¨buzz¨ and ¨delight¨ among the major CE brands and their most popular products. The resulting Demand Scorecards are based on feedback from more than 942,000 consumer reviews from January-September 2015. Highlights include: