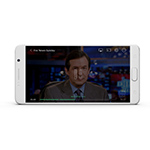 The firm found that 53% of broadband households subscribe to pay-TV and at least one OTT service.

Number of OTT Video Services
“OTT Video & TV Everywhere: Partners, Alternatives, and Competition” notes that the number of OTT video services is growing: 60 services were introduced during the past two years while only seven stopped operating.

The report suggests that the OTT providers and the subscribers they serve are growing more sophisticated. “Many OTT services are evolving to be complementary to the market’s largest players, instead of trying to compete directly against Netflix, Amazon, and Hulu,” Brett Sappington, Parks’ Senior Director of Research, Parks Associates said in a press release. “Also, consumers are increasingly self-aggregating their OTT and entertainment services—they are adopting primary entertainment content sources and supplementing those sources with complementary video options.”

Other findings in the report:

TiVo’s 2017 survey of pay-TV and OTT subscribers in the United States, Europe and Latin America, released in September, found that subscribers watch 4.4 hours of content daily. They also are growing more demanding: 38% turn off their devices if they can’t find the content they want and half strongly agree with the premise that the amount of money they pay entitles them to find programming easily.

J.D. Power also weighed in on television trends in September. The report suggests that the total amount of time people spend viewing television is growing and that the behavior of pay-TV viewers is becoming more complex.