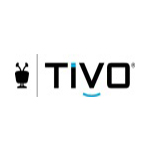 TiVo’s 2017 survey of pay-TV and OTT subscribers in the United States, Europe and Latin America found that respondents watch 4.4 hours of content per day. A considerable number of people are subscribers to pay-tv and ott as well. TiVo suggests that voice activated technology may be a useful tool in meeting challenges caused by the proliferation of content choices consumers face.

Subscribers to Pay-TV and OTT
The survey painted a picture of a demanding audience. For instance, 38% turn off their devices if they can’t find content they want to watch; half strongly agree that the amount they pay entitles them to be able to more easily find programming they want to watch; and 26% say they would pay more each month for simplified video discovery.

Key findings of the survey:

“When it comes to voice technology, we see broad appeal across all generations and this year’s survey findings validate that claim. We believe that voice will become the norm especially as voice assistants continue to enter homes and voice search technologies become more accurate and intuitive,” said Paul Stathacopoulos, TiVo’s Vice President of Strategy and Research.