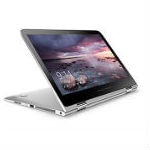 The OTT video services market is booming as industry leaders expand and startups launch new services, according to  Prominent among them, Netflix launched in 130 new market territories in January in its ongoing bid ¨to create a global Internet TV network,¨ Ooyala principal analyst and Videomind editor Jim O’Neill highlighted.

That served to give competitors worldwide the ¨hotfoot¨ to accelerate their own expansion and launch agendas. Among them, both AT&T and Hulu announced they’re working to develop virtual OTT video MSOs in the U.S. Hulu expects its platform will be ready for launch in 2017.

In addition, the number of subscribers to the new Sling TV – which includes content from Fox but not ESPN – is approaching 1 million. Starz also is readying the launch of a new OTT service, O’Neill highlights.

Ooyala has also heard rumors that YouTube is planning a virtual MVPD play in addition to its YouTube Red SVOD service.

In addition, Facebook, with Ooyala as its media solutions partner, launched Facebook Live early in 2Q´16. The new platform makes it simpler and easier for broadcasters and video publishers to syndicate their official broadcasts to Facebook, O’Neill explains.