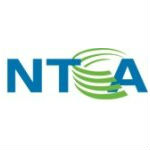 Three in 10 U.S. adults do not use the Internet at home – and getting them online will be considerably more challenging than connecting the first seven, notes a paper released this week from NTCA – The Rural Broadband Association. But the effort would be worthwhile, argues author and NTCA economist Rick Schadelbauer in the paper titled “Conquering the Challenges of Broadband Adoption.”

In the paper Schadelbauer also makes a case for why he believes smartphones are not a suitable replacement for landline broadband services.

Economic benefits
The 30% of U.S. adults who are not currently connected at home is comprised of roughly equal measures of people who use the Internet somewhere else and those who do not use it at all, according to Schadelbauer. It would be particularly challenging to get the latter group online because a Pew Research Center survey found that 92% of those people said they had no interest in getting online. Others likely do not connect because they cannot afford it or because it is not available to them.

Despite the challenges, however, Schadelbauer argues that connecting the unconnected would bring significant economic benefits. For support, he cites several studies:

“While smartphones may in some instances allow Internet access to those who would not otherwise have it, it is not a wide-scale solution to the adoption problem,” argues Schadelbauer.

This issue is an important one for NTCA’s rural telco members as regulators transition today’s voice-focused Universal Service system to focus instead on broadband. In an effort to minimize deployment costs, some stakeholders are pushing for 4G connectivity to be considered a suitable replacement for landline broadband.

Takeaways
Schadelbauer’s recommendations on how to spur broadband adoption include:

As an example of the latter recommendation, Schadelbauer cites the example of a broadband adoption pilot program financed, at least in part, by Lifeline program funds.