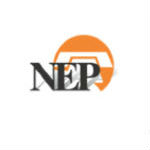 NEP Wireless, a subsidiary of incumbent local carrier North-East Pennsylvania Telephone Company, claims to be the first company to gain approval from the FCC to receive an initial disbursement of funding won in last year’s mobility auction. The company will use the money to construct a 4G LTE network in parts of Wayne and Susquehanna counties in rural northeastern Pennsylvania.

The initial disbursement is just over $2 million, representing about one third of the total funding that NEP won.

The mobility auction awarded approximately $300 million to wireless carriers to help cover the cost of bringing 3G or 4G services to areas along the nation’s highways that cannot get 3G today. Funding was determined through a reverse auction process that awarded funding to the qualified bidder that offered to do the build-out with the smallest level of monetary support.

The big winners in the mobility auction were T-Mobile, which won $23 million and U.S. Cellular which won $34.5 million. Some other small rural wireless carriers also won funding.

The approximately $300 million awarded in the mobility auction was made available through reforms to the Universal Service program and was awarded on a one-shot basis with the goal of enhancing wireless coverage along roadways.  Moving forward the mobility fund will make $500 million available annually to wireless carriers to help cover the cost of deploying service in high-cost areas.

Companies that won funding through the mobility auction will have two years to build out service to a minimum of 75% of the road miles in each census tract for which they won support. Winning bidders deploying 4G will have three years to do the same.

According to a release from the Rural Telecommunications Group, of which NEP Wireless is a member, NEP enlisted the help of “boutique communications law firm” Bennet & Bennet, PLLC in “maneuver[ing] through the FCC procedural requirements” in connection with its funding.