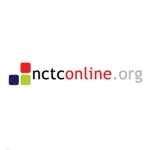 The nearly 1,000 members of the National Cable Television Cooperative (NCTC), which are mainly rural cable companies, have some new transport options, courtesy of a new agreement with Comcast Media Center (CMC). The new multiyear agreement builds on a long standing relationship between NCTC and CMC.

CMC’s headend in the sky (HITS) platform has long been used by cable operators as a transport platform for content, especially among smaller cable MSOs, who see the platform as a more economical way to deliver a digital tier of programming. A key value proposition of HITS is it allows cable MSOs to replace current analog signals for channels with HITS provided digital feeds, allowing them to reclaim that bandwidth for other uses.

The NCTC agreement is a renewal with a few improvements. NCTC has integrated a CMC portal into the NCTC website, giving its members an easier way to order and manage CMC products. “The portal streamlines the process for selecting and ordering content from HITS,” a company spokesman tells Telecompetitor.

When asked whether the agreement covers the small, but growing use of MPEG-4 encoding among NCTC members, the spokesman said NCTC members have access to that capability, but the current agreement focuses on MPEG-2.