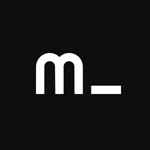 A new offering from MOBIV is designed to provide what amounts to a ‘cloud-based’ headend and eliminates the need for a set-top box to deliver IPTV. The goal is to enable broadband providers to offer pay-TV services without a large capital outlay, explained MOBITV CEO and Chairman Charlie Nooney in an interview with Telecompetitor.

Instead of a set-top box, end users will download an app to a streaming media device, smartphone or tablet. Virtually all streaming media and mobile devices are supported including Apple, Amazon, Roku, Android and other offerings, Nooney said.

“As long as you can download an app, you can use [the] device,” he said.

Broadband providers can use their own brand for pay-TV offerings delivered over the MOBITV platform, and network DVR capability is also part of the platform. The offer in some way mimics vMVPD OTT offers from the likes of Sling TV and DIRECTV NOW, potentially giving traditional pay-TV providers a competitive response to those offers. Although MOBITV did not provide any cost details to determine if the new MOBITV CONNECT platform would allow pay-TV providers to be cost competitive with these OTT offers.

Cloud-Based Headend
The new offering may sound quite similar to an existing MOBITV platform used by C Spire and other providers that eliminates the need for a STB. But as Nooney explained, that offering requires the provider to have its own infrastructure, including encoders and a headend. With that initial offering, “we’re putting our software in their environment,” Nooney said.

Nooney sees strong demand for both offerings moving forward. The initial offering often can save costs for operators that already have their own headend but some operators may prefer the convenience of a managed offering, he noted.

The offering with the cloud-based headend took longer to launch than the initial offering because MOBITV had to reach agreements with content providers to deliver their content over a cloud-based multi-tenant platform.

“We had to get their approval…to address any concerns about security and signal quality,” explained Nooney.

According to a press release, MOBITV now has those agreements with more than 210 networks, including AMC Networks, Disney and ESPN Media Networks, Fox Networks, NBCUniversal and Viacom.

Importantly, however, broadband providers still must negotiate their own agreements with content providers to offer their content, which is typically accomplished through an aggregator like NCTC.

“Whatever content they want to offer and have rights for, we will map our solution to that,” Nooney said. The platform does support local broadcast channels according to a MOBITV spokesperson, but they couldn’t confirm how local broadcast feeds are delivered through the platform.

MOBITV says they have already signed more than 35 existing pay-TV providers for the platform, representing over 600K U.S. households.