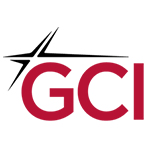 Liberty Interactive will buy GCI of Alaska in a somewhat complex reorganization plan. GCI provides wireless and triple play services throughout the state of Alaska, with reach into the continental U.S. as well. Liberty Interactive is part of cable pioneer John Malone’s empire, which includes Liberty Broadband and Liberty Ventures.

“This transaction with Liberty Interactive brings GCI back full circle, as GCI was part of TCI until 1986,” said Ron Duncan, GCI President and CEO in a press release.  “We couldn’t think of a better owner, and look forward to being the largest operating asset within GCI Liberty.”

The transaction will give Liberty a controlling interest in GCI in exchange for the contribution of certain Liberty Ventures assets and liabilities. GCI shareholders will receive total consideration of $32.50 per share. The new company will be named GCI Liberty. The transaction represents an undiluted enterprise value for GCI of $2.68 billion and undiluted equity value of $1.12 billion.

GCI is the largest communications provider in Alaska, with 4G LTE coverage for 95% of Alaskans, according to the company. They also offer broadband, TV, and phone service in markets across the state, as well as a fiber network. They launched gigabit broadband service in 2015.

Malone’s media assets are broad and include cable programming, e-commerce, and operators throughout the globe. Assets include holdings in Charter Communications, Starz, QVC, and Lending Tree, among others.

The transaction will require customary regulatory approvals and is expected to close in 1Q 2018.