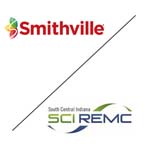 SCI REMC President and CEO James Tanneberger said in a press release that residential and business customers will be able to choose services from either company and that marketing efforts by the two will be independent. The project will begin immediately and is expected to be complete by June of 2023.

“This partnership is a win for everyone involved,” Tanneberger said in the press release. “By working with Smithville, we are able to meet our electric smart grid needs and ensure businesses and residents have access to world-class high-speed internet in the most expeditious, fiscally responsible way possible.”

Unique Partnership Model
It’s a unique partnership, where both partners will market and sell services to the same customer base. Usually, partnerships like this feature a single entity acting as the sole provider, rather than both partners marketing the same service. It does solve the issue of multiple networks competing for the same customers, which can be an expensive proposition in more rural markets. Building one network for both companies to share makes more economic sense than building two competing networks to serve a lower density rural market.

“Smithville is pleased to partner with SCI REMC for this project,” said Darby McCarty, Chairman and CEO of Smithville in the press release. “We both serve customers in the same geographic area, so it makes sense to work together to provide service, particularly with the high cost to build in rural areas. The real winners here are the residents, who will have better, more reliable internet service as a result.”

This unique and innovative approach does solve a thorny rural market issue, as electric cooperatives look to build fiber networks in rural markets that may be served by a traditional rural telco already. By partnering together, it is preventing one company from overbuilding the other, an issue that can create real friction in rural markets. It will be an interesting partnership to watch though, as they apparently will still compete with each other for end customers.

As a report last year from CoBank Knowledge Exchange, the research unit of rural lender CoBank, noted, telcos and electric cooperatives can both benefit from joint fiber projects. In addition to expanding rural broadband access, telcos can offset declining regulated revenues and the electric cooperative can gain access to smart grid technology that can enhance reliability and customer satisfaction.