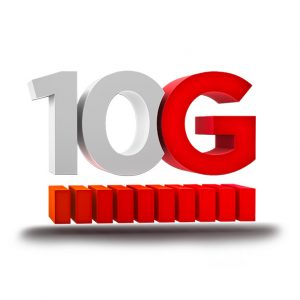 The cable industry took a step toward what many see as its future via a Mediacom, NCTA and CableLabs 10G demo event in a home in Ames, IA this week. Mediacom said that the 10G Smart Home demonstration was the first field trial of the cable industry’s 10G initiative.

“Mediacom worked with CommScope and other leading tech companies to move 10G from a laboratory concept to a real world consumer experience,” Mediacom CTO JR Walden said in a press release. “Similar to our rapid deployment of 1-Gig across our national network in 2017, the beauty of 10G is that it’s extremely scalable within our existing network infrastructure. This means the compelling demos we showcased today in Ames will be part of the near future for Mediacom customers.”

The home features more than 70 Internet-enabled devices, many of which are bandwidth intensive and require low latency. An example cited in the release is video footage shot in 8K at 60 fps and streamed over a Vecima CDN server to a Samsung QLED Smart 8K ultra-high definition television inside the home.

Cable industry 10G specifications are included in the CableLabs DOCSIS 4.0 standard. The standards also are “about higher reliability and much more intelligence in the network,” a CableLabs executive said at an industry event last year.

At the Ames demo, CableLabs presented holographic 3D images through a Looking Glass light field display that could be seen without the need for glasses or headwear.