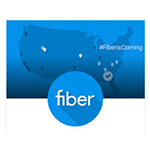 Google announced a plan to provide free gigabit broadband to public housing, starting in its Kansas City market. The initiative is a part of the broader ConnectHome project, launched by the White House and U.S. Department of Housing and Urban Development back in July 2015. The pilot program aims to bring affordable or free broadband to 275,000 low-income households – and nearly 200,000 children – across 27 communities and one tribal nation.

Other providers in the program include CenturyLink, Cox, Sprint, SuddenLink, Pine Telephone, and Vyve Broadband among others. The first property in the Google Fiber program  is West Bluff in Kansas City, where 100 homes have been wired to receive Google Fiber.

Free Gigabit Broadband to Public Housing
Google will provide the gigabit service at no charge to the residents or the housing authority. Nine additional properties serving 1,300 residents across Kansas City have been identified as future recipients of the free gigabit broadband to public housing project. Google plans to replicate this initiative in all Google Fiber markets.

“We’re working with local providers to identify which properties we’ll connect across these markets, and we’ll have more to share as we bring Google Fiber to these cities,” says Dennis Kish, Vice President, Google Fiber in a blog post.