Home » Future of Pay-TV: Rumors of My Demise Have Been Greatly Exaggerated (Sort Of) 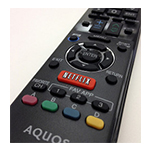 If you follow the broadband industry closely, you have probably seen a pay-TV forecast or two that suggests pay-TV’s brightest days are in the past. Cord cutting and OTT alternatives are now ‘in vogue’ and some say the future of pay-TV is in jeopardy as a result. At least the pay-TV model that we are all used to.

In the midst of this debate, small independent video providers have additional challenges, including rising costs, growing regulatory obligations, and slimmer margins. It would be easy to think the future doesn’t look at all promising. But is it really that bad? Perhaps not, depending on the angle at which you look at the problem.

That’s a key take away for me from this week’s NCTC/ACA Independent Show, taking place in Orlando. There was a real vibe at the show among the organizations’ small independent cable/IPTV members that, while challenging, the future can be bright. It’s just a matter of recognizing the business environment and adjusting accordingly.

The Future of Pay-TV is Broadband
That future clearly revolves around broadband, but that’s not exclusive of pay-TV. Indeed, pay-TV is evolving and that evolution includes a close, tight knit relationship with broadband. Increasingly, the future of pay-TV is tied to broadband – the examples are numerous. Netflix, Sony Vue, CBS All Access, Sling, Hulu, on and on, are all examples of the ‘new’ pay-TV and they are all directly tied to broadband.

Evolution is not death and pay-TV is re-purposing itself as a broadband/video hybrid. While a trickle right now compared to traditional pay-TV distribution, broadband distribution of video is increasingly becoming the answer for delivering pay-TV to end customers.

The ‘new’ pay-TV is dominated by new entrants like Netflix, but not for long. If I told you four years ago that CBS would launch their own subscription OTT channel, CBS All Access, would you have believed it? Sling TV is owned by DISH, no stranger to the traditional pay-TV world. And AT&T/DirecTV is touting a “game changing” OTT service, soon to come. Old pay-TV appears to be increasingly embracing ‘new’ pay-TV.

So one can assert the future of pay-TV is in broadband and if you have a history in and capabilities with both, you actually may be in a pretty good spot. I sensed more and more companies beginning to see that bright future in Orlando.

That’s not to say there won’t be interim pain. There will be. Lots of it. Business models and rules are all over the map right now. Established players, including content producers/studios, cable channels and networks, cable/IPTV operators, broadcasters, and the like, are in a morass, trying to figure out the emerging business model(s). There will be winners and losers, and did I mention pain?

A good example of this morass is Sony Playstation Vue, which is an OTT service that closely resembles a traditional pay-TV line-up, delivered to a select, but growing number of markets. It’s a service totally dependent on broadband and its presence is an example of how the rules are changing on the fly. As an example, Sony doesn’t have local broadcast channels in every market, but they do have access to network shows and content in a VOD format.

“If you look at the Sony Vue service, they don’t have all the local stations as a part of their offering, but what they do have is kind of that network content,” commented NCTC CEO Rich Fickle during an analyst briefing in Orlando. “Essentially the networks have struck a deal [that] allows Sony to carry just that content without local [retransmission].”

Pay-TV’s Death is Greatly Exaggerated
Pay-TV isn’t dying. Far from it. It’s actually growing, but in different ways than traditional methods. NCTC/ACA members’ challenge is to determine how to insert themselves in the emerging broadband delivered ‘new’ pay-TV model, while extracting themselves from the legacy pay-TV model. That may involve partnering with existing OTT players, developing their own apps, or a combination of both. Many have already started down these paths.

“Our members are saying, it’s not ideal, but there’s a way to make it work and the way to make that work is to create services that embrace the choice of over-the-top,” said Fickle. “It’s actually a positive thing because it’s unbundling the industry in a way that we didn’t contemplate years ago.”

As an example, C Spire announced at the Independent Show the pending launch of their app strategy, which will bring their IPTV service as an app on a series of connected devices. Not a silver bullet solution to all of the issues at play, but it’s a start.

What it really comes down to is looking at the business differently. There are numerous paradigm shifts happening, often simultaneously. But one thing is for sure – consumers are not going to give up entertainment consumption.

If you are in the business of providing broadband access to those consumers, you happen to be in a good spot, because you will be delivering pay-TV as well. The challenge to figure out — how best to monetize that ‘new’ pay-TV stream(s) flowing over that broadband pipe. I left Orlando thinking, these folks are not in such bad shape and the future of pay-TV doesn’t look so bad after all.