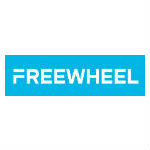 The cable industry has long embraced Wi-Fi as a competitive differentiator. New York based Cablevision was an early pioneer in cable Wi-Fi, and they are once again out in front with Freewheel, the first cable Wi-Fi based mobile phone service.

Freewheel could be a sign of things to come from the entire cable industry, who historically has struggled to enter the mobile wireless arena. Wi-Fi may be their hidden weapon.

Cable Wi-Fi Mobile Service
With Freewheel, subscribers can make wireless calls across Wi-Fi networks only. There is currently no traditional cellular roaming partner as a fall back when Wi-Fi is not available. With 1.1 million hotspots deployed across its northeast footprint (many of which are subscriber Wi-Fi gateways) and access to 200K more through the Cable Wi-Fi roaming partnership, CableWiFi, Cablevision believes there is enough coverage to make a go of Wi-Fi only mobile service.

“There has been a dramatic shift in how consumers use their mobile devices; today, it’s all about data, and WiFi is now preferred and clearly superior to cellular,” said Kristin Dolan, chief operating officer of Cablevision in a press release. “Freewheel is powered by the strength of our Optimum WiFi network integrated with a high-quality device to deliver a breakthrough service for truly unlimited data, talk and text without the high costs imposed by cellular providers.”

The service, set to launch next month, will only work on one handset for now – the Motorola Moto G, which Cablevision is selling for $99. Cablevision will market the service to current Cablevision broadband subscribers for $9.95 per month (appears to be an early promotional price), and non-subscribers for $29.95 per month. Both plans offer unlimited calling and data, but only across Wi-Fi networks, as well as no annual contract.

This is a direct shot at mobile wireless carriers, offering a cheaper alternative for subscribers who don’t travel much and are in reach of Wi-Fi for most of their daily life. That means urban metro areas or specific applications like college campuses. For a $99 handset and $10/month, one could think of parents of “data plan greedy” college students selecting this cheaper alternative to adding lines to their mobile plan. Wi-Fi is pretty prevalent on college campuses.

Cablevision will heavily market Freewheel on their New York metro area home turf, but the service is available nationwide. It will work on any Wi-Fi connection and the subscriber will only need to access a hotspot one time and the handset will remember it, according to Cablevision.

Future of Wi-Fi Mobile Service
This concept has long been discussed and there are others who use Wi-Fi as well. T-Mobile is pretty active with Wi-Fi calling, but as a value add to their traditional mobile plans. FreedomPop just recently launched a Wi-Fi calling plan as well. Republic Wireless relies heavily on Wi-Fi calling, and also uses the Moto G, but offers cellular roaming as a fall back.

Analysts have discussed the cable industry using its growing Wi-Fi footprint for this very purpose. It was simply a matter of time before it happened. There is still a lot to prove. It will be interesting to see how this service performs when many subscribers are crowding those hotspots, all wanting good data performance, and now, good quality phone calls. But if Cablevision has some success with this, it could be a game changing shift in the mobile wireless arena, with Wi-Fi only networks challenging the mobile wireless industry status quo. The cable industry has a growing Wi-Fi network, one that they will look to monetize, perhaps following Cablevision’s lead with more Wi-Fi mobile service plans.