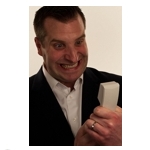 Long-distance carriers who receive informal complaints about calls not going through to rural areas must investigate the problem and report on its resolution – even if the person making the complaint is not a customer of the long-distance carrier. So said the FCC in an enforcement advisory issued Friday.

Going forward, the FCC said it may take enforcement action – including monetary fines — against providers that submit deficient responses to informal complaints.

“For the past several years consumers have reported problems with long distance calls to rural areas completing successfully,” the FCC wrote in the notice. “Based on our experience in investigating this issue, rural call completion problems often arise from the manner in which originating long distance providers route their calls.”

When calls are not completed, people other than the caller may be harmed, the commission noted.

To properly satisfy rural call completion complaints long-distance carriers should contact the complainant, test and troubleshoot call completion, and permanently move traffic onto known well-performing routes when either testing or repeated complaints reveals a problem, the FCC said. The long-distance carrier also must document such actions in a written response to the complaint.

Telecompetitor has been following rural call completion problems for several years. Certain long-distance carriers or wholesale carriers used by the long-distance companies appear to be deliberately trying to avoid completing calls to rural areas to avoid paying terminating access charges, which tend to be higher in rural areas to help cover higher network costs in those areas.

Earlier this year Level3 agreed to pay $975,000 in a rural call completion settlement.