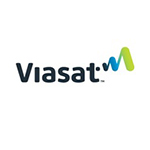 The FCC has authorized Connect America Fund CAF-II funding for Viasat for Pennsylvania. Satellite broadband provider Viasat was a big winner in the auction, which provides funding to cover some of the costs of deploying broadband in rural areas lacking service.

The CAF II auction awarded $1.488 billion in total funding, with funding for a geographic area going to the network operator that committed to deploying service at the lowest level of support. Viasat won a total of $122.5 million in the auction. Previously the FCC authorized Viasat CAF-II funding for 15 other states, including Arizona, California, Colorado, Florida, Georgia, Idaho, Kentucky, Louisiana, Maine, New Mexico, Utah, Washington, West Virginia, Wisconsin and Wyoming. In a public notice about the authorization of funding for Pennsylvania, the commission noted that Viasat’s application to be an eligible telecommunications carrier in the state – a requirement for funding authorization – was delayed despite “good faith efforts” by Viasat.

Viasat won a total of 480 bids in Pennsylvania, including one for nearly $9 million. A small percentage of the bids involved less than $100, but most bids were between $1,000 and $1 million.

Viasat won the CAF II funding despite the use of a weighting system that favored bids to provide lower-latency service.

It would seem likely that the company also will bid in the Rural Digital Opportunity Fund (RDOF) auction, which will award $20 billion through a two-phase auction, the first phase of which is scheduled to commence in late October.

It will be somewhat more difficult for Viasat to win funding in the RDOF auction, as that auction also will include a weighting system, which in this case, will provide a somewhat greater advantage to operators committing to deploy low-latency service.