Home » Entertainment Spending on the Rise, Up for Grabs 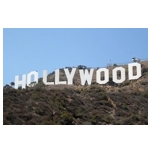 For traditional telecom carriers, entertainment spend is a potential bright spot. Legacy telecom services and the spend associated with them are in decline. The future lies in broadband, wireless, and entertainment. Carriers should be developing strategies and networks/platforms that maximize their ability to capture as much of that $115 per month as possible.

I’ll be the first to admit that for broadband carriers, the business models aren’t clearly defined, relative to entertainment. The threat of bypass is real, where customers simply use broadband facilities as a dumb pipe to access and pay for all of their entertainment preferences with external third parties. But, if you’re not in the game, you have no chance of winning.

Despite the greatly hyped threats, carriers have tremendous advantages. Generally speaking (and there are exceptions), carriers already own the customer through relatively strong relationships, have an established and trusted brand, and operate world class networks that improve every day. Those are not insignificant advantages. That $115 per month is truly up for grabs, and broadband carriers are in a great position to get a significant portion of it – if they truly want it.