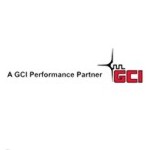 Alaska based integrated communications provider GCI recently made a substantial equity investment in managed IT services firm Integrated Logic, which serves the education, healthcare and enterprise sectors in rural Alaska. GCI wants to leverage Integrated’s enterprise customer base, both present and future, to capitalize on the fast growing enterprise and cloud services market.

It’s a very similar strategy being followed by GCI competitor Alaska Communications Systems (ACS), who recently invested in an enterprise networking firm of their own, TekMate. At the time of this investment ACS said the TekMate investment was a great strategic investment which would “… accelerate growth for both firms…” Looks like GCI agrees.

Founded in 1979, Anchorage based GCI is an integrated communications company with cable, telecom, and wireless assets. Originally launched as a competitive long distance provider, GCI has 45% of the state’s LD market. GCI claims its cable offering, which includes TV and broadband services, passes 90% of Alaska’s households and they offer local phone service in 22 Alaska markets.

ACS, also based in Anchorage, claims the state’s largest 3G wireless network and operates a wireline voice and broadband network throughout the state as well. As of the end of 2010, ACS had 120K wireless subscribers, 172K access lines, and 45K DSL lines.

Both companies are now in a position to offer end-to-end managed IT services, combining their network assets with their partner’s managed IT expertise, which includes services like LAN design, remote access, business continuance, disaster recovery, system monitoring, virtualization, integration, and other managed IT professional services.

It’s a well documented strategy which broadband carriers of all sizes are pursuing – growing enterprise and cloud services capabilities to maximize those opportunities and diversify revenues.