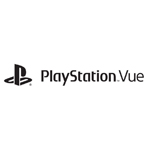 We’ve known for some time that Sony has been busy building an OTT video product that they hope will rival traditional pay-TV packages.

We now have much more detail regarding these efforts. Sony will begin testing the service this month and plans a staggered roll out over the coming months.

Both the New York Times and the Wall Street Journal have revealed more details about this latest OTT video entrant. The service will begin a trial in New York this month, with a broader commercial launch in the first quarter of 2015, according to the reports.

Sony OTT Video
The service, called PlayStation Vue, will initially use Sony’s popular game console platforms (PS3 and PS4) as the primary device to access programming. The offer will feature about 75 channels, including local broadcast affiliates. Pricing for the service was not revealed.

Sony appears to be banking on a different and unique experience that they hope differentiates this service from traditional pay-TV offers.

“Sony’s pitch is that its service will give TV viewing a much-needed update, with an easy-to-use guide that does away with the scrolling channel list and instead lets consumers search quickly for shows, mark their favorites, scan recommendations, and store programs in a cloud-based digital video recorder,” notes the Wall Street Journal.

The initial New York launch will be an “invite only” beta test and will be free of charge. Using the PlayStation platform provides some advantages for Sony. They have an addressable audience of about 35 million, who skew young and male – probably the prime demographic for a service like this. The New York Times report says Sony will eventually extend the service to other platforms, including tablets.

“It looks very similar to your cable and satellite subscription, but they are innovating on the user experience,” said Rebecca Glashow, senior vice president for digital distribution and partnerships at Discovery Communications in the New York Times article. “It’s more Internet-like in the way that you navigate, search and discover content.”

Content Deals and Implications
The New York Times says Sony is still working on content deals. They have some work to do if their goal is to provide a similar line-up to pay-TV. Noticeably absent from the current line-up are Disney/ESPN properties and Time Warner/Turner properties including HBO and TNT.

An industry insider revealed to me that Sony is paying a significant premium for these content rights, a view that was confirmed recently by CBS CEO Les Moonves.

“I’m also pleased to announce that we just reached a historic over-the-top agreement with Sony for rights inside the home,” said Moonves on CBS’ most recent earnings discussion conference call. “And as new entrants, they will pay us higher subscription fees than what we’ve ever been paid before.”

This is reminiscent of early IPTV providers who paid premiums for access to content, a factor that arguably makes the video business much tougher for IPTV providers than traditional cable. I suspect the same will hold true for these new OTT entrants. Given this factor, it’s tough to see how Sony can be disruptive with pricing for this offer, unless they choose to take significant losses to build market share.

OTT is Getting Crowded Quickly
Sony joins a growing and accelerating number of companies who are embracing OTT. Just in the last month, HBO, CBS, Showtime, Univision, and others have announced OTT plans. They join a fair number of existing OTT players including Netflix, Hulu, VUDU, Amazon, Roku and Apple, just to name a few. DISH is also working on a similar effort and Verizon is expected to offer a mobile pay-TV offer sometime soon.

This crowd is growing and probably faster than was envisioned just six months ago. The next 12 to 18 months should be very interesting and very disruptive. There is also this ‘pesky’ issue of net neutrality, with significant implications for the OTT model, that has to be settled. What emerges and the implications for existing pay-TV and broadband carriers continues to be a subject of great debate. Buckle up and enjoy the ride.