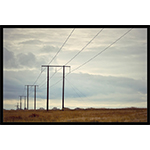 Some states, including Colorado, are not relying solely on federal programs to help bring broadband to unserved rural areas. Telecompetitor recently interviewed Tony Neal-Graves, associate director of the Colorado Broadband Office, about Colorado broadband policy and about the $2.1 million in grant funding that will be made available to network operators for broadband. The Colorado Broadband Office will administer the fund.

“Broadband is a basic requirement,” said Neal-Graves. “It will be required for economic development, healthcare, public safety – all those things are tied into it.”

Colorado Broadband Policy
As Neal-Graves explained, the fund that the Colorado Broadband Office will award is the second of two Colorado-based broadband programs. The first program, administered through the Department of Local Affairs, was funded through royalties paid to the state for metal extraction. The program provided close to $20 million on a one-time basis to create a strategic plan for each region in the state and for middle mile deployments.

Middle-mile funding went directly to communities to work with third parties to bring high-speed network connectivity into rural communities. Individual communities also had to contribute funding toward the deployments. In some cases, the state paid 70% and the community paid 30%, while in other cases, contributions were on a 50/50 basis.

The funding that the Colorado Broadband Office is administering will go toward last-mile deployments in areas where broadband currently is not available or is available only on a limited basis, according to Neal-Graves. Funding was raised through a fee on telecom bills, he said. The state will cover 50% of deployment costs for qualifying projects and the network operator receiving the funding will also be expected to pay 50% of costs.

Federal Overlap?
A key challenge for any state undertaking a broadband funding program is to avoid duplicating funding that a network operator may be receiving from the federal government. Jordan Beezley, broadband deployment director of the Colorado Broadband Office, described what the state of Colorado does to avoid that possibility in an email to Telecompetitor.

“Applicants can leverage broadband fund grants with other funding sources, but it must be disclosed in the application, approved by the board and included in the grant contract,” he explained. “If a project is awarded a grant from the broadband fund, we examine the proposed budget including all funding sources.”

Another issue is whether a state broadband program might fund duplicative networks in a single geographic area.

According to Beezley, it is possible – in theory, at least — for a Colorado broadband grant to be awarded to a network operator for a project in an area where another company has received Connect America Fund/ Universal Service money. This could occur because Colorado considers an area to be unserved if it lacks service at speeds of at least 25 Mbps downstream and 3 Mbps upstream. For the original CAF program, commonly known as CAF I, an area was considered unserved only if it lacked 4/1 Mbps service and for the current CAF II program, the cut-off point is 10/1 Mbps.

He added, however, that the board also must consider a statutory requirement to minimize conflict with or duplication of other funding sources. “The board has not awarded grants to projects in areas where CAF/USF funds are being utilized to provide broadband service by the grantee or any other party,” he said.