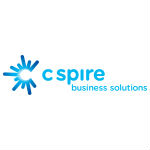 C Spire Acquires MegaGate
C Spire today announced that it plans to acquire MegaGate Broadband,  a facilities-based competitive local exchange carrier focused on small- and medium-sized businesses throughout Mississippi. In the announcement, C Spire said the move was part of “continuing efforts to expand its portfolio of services and diversify its core telecommunications and technology services portfolio.”

Geographically MegaGate would appear to be an excellent match for C Spire, which is also focused largely on the state of Mississippi.

MegaGate offers a range of business services – from metro Ethernet and DSL to hosted voice, conferencing and other voice services. The company also operates a data center, from which it delivers colocation services.

C Spire also is building a data center of its own, which is scheduled to open in November.

C Spire’s moves into the business market come at a time when regional wireless carriers are fast disappearing as larger carriers make acquisitions aimed largely at bolstering their spectrum holdings.  In some cases, smaller wireless carriers also have found it difficult to compete with the larger national companies because they may have difficulty matching the larger carriers’ nationwide plans and device options. On the positive side, however, smaller wireless carriers may cover rural areas not reached by the nationwide companies and some of their customers may appreciate working with a locally-based company.

C Spire initially built a fiber network to support its wireless operations — and MegaGate has a similar history. Initially created as a division of CellularOne, it later branched into offering dial-up Internet connectivity and eventually built its own fiber network.