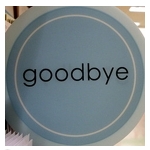 An interesting debate is going on at the FCC these days. The Technical Advisory Council (TAC), an advisory group of industry experts who offer guidance and input on technology policy to the FCC and its Commissioners, is debating whether the FCC should establish a date certain end for the public switched telephone network (PSTN). A provocative question for the Telecompetitor community, indeed (you can watch the actual FCC proceedings on this here).

Tom Evslin, a member of the TAC and sits on the subcommittee which is addressing this end of the PSTN question, discusses this important issue on his blog, Fractals of Change. It’s a touchy issue. I think we can all see the writing on the wall regarding legacy phone service – at least at it relates to plain old telephone service (POTS). I for one believe the decline of POTS doesn’t mean customers are abandoning voice service. It just means they are choosing to get it in a different form, including wireless, but also including VoIP powered wireline digital voice.

One could argue the PSTN already enables many of the broadband services of today, right alongside phone service. Is a better description of this discussion ‘transitioning the PSTN to the Broadband National Network (BNN)?’ The challenge of course is, that’s easier said than done. When do you actually make the cut over? I would assume you could only do so after universal broadband, with everyone subscribing to it, is achieved. No trivial task.

Evslin points out that the market is already deciding this issue. Through their choices, customers are abandoning the PSTN in favor of wireless and broadband. According to the “… National Center for Health Statistics, only 6% of the US population will still be served by the public switched telephone network (PSTN) by the end of 2018,” he states. Part of the rub with this argument is how you define the PSTN. Are the fiber connections to the wireless towers which carry wireless traffic and eventually interconnect with the PSTN, part of the PSTN? Are copper local loops that provide DSL service no longer part of the PSTN?

Evslin goes on to argue that if this issue isn’t resolved, we face much harder choices in the future. “As the most lucrative customers leave the PSTN, the cost of subsidizing the remaining customers – who will be mostly rural with a sprinkling of the elderly and technophobes in more urban areas – will go through the roof … Why continue to subsidize the most expensive and least effective way of keeping people in touch?” he argues. There are some really important issues to consider regarding this discussion, not the least of which is how you handle E911 services in a post PSTN world.

Evslin says the government needs to lead on this issue and the only way to plan an orderly transition is to set a date certain, from which everyone can work back from and plan accordingly. “The date, in my opinion, should be the earliest possible time we can assure that alternatives to the PSTN are universally available, so long as we spend less public money in providing these alternatives than it would cost us to keep the PSTN alive past the date certain. My guess is that we’ll find this date is sometime in next five to seven years,” says Evslin. Will we be saying goodbye to the PSTN by 2018? And if so, what will we call its replacement?