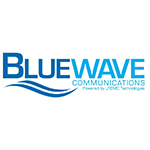 South Carolina-based HTC, the nation’s largest telecom cooperative, is adding voice to Bluewave Communications‘ broadband and video services, offered over a fiber-to-the-home network in North Carolina and owned by a local power utility. The power utility, Lumbee River Electric Membership Coop, enlisted HTC to provide service over the network which was funded, in part, through the broadband stimulus program. The Bluewave network serves communities that are 80 miles or more from HTC’s home turf.

“We are concentrating our marketing efforts on triple play bundles and… offer an option for broadband subscribers to add unlimited voice calling for an additional $25 per month,” said HTC executive Tom Vitt, in an email to Telecompetitor.

HTC was able to minimize the cost of delivering voice service by leveraging its existing Metaswitch softswitch and augmenting it with telephony services from Bandwidth delivered via the cloud. HTC also was able to automate the number ordering and provisioning process through application programming interfaces.

Telco-Utility Partnership: More Opportunity Ahead?
The HTC and LREMC story is notable for a couple of reasons.

First, it offers an example of the opportunities that exist for telcos and utility companies to work together as the utilities look to upgrade their infrastructure to support the smart grid – and in some cases to also provide broadband to their local communities.

The story also is interesting because it shows how a small telco can leverage its existing infrastructure, in combination with VoIP and the cloud, to deliver voice service outside its home turf. And that could be important as Phase 2 of the Connect America Fund program launches later this year.

That program will offer funding to the nation’s largest price cap carriers to bring broadband to areas of their territories that can’t get broadband today or can only get it at low speeds. Carriers must accept or decline funding on a state-by-state basis, and funding for declined areas will be awarded through a reverse auction, in which competitors will be able to bid. The company that offers to deliver service at the lowest level of CAF support will win.

Some rural carriers may want to bid in the reverse auction, perhaps in partnership with other utilities – and by adopting HTC’s approach to providing voice over broadband, the rural carriers (and partners) may find that they can generate additional revenue for minimal incremental cost, thereby gaining the ability to offer highly competitive bids.