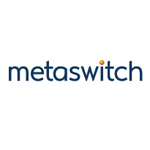 Microsoft Metaswitch Acquisition
Microsoft plans to “leverage” Affirmed Networks and Metaswitch “talent and technology” to deploy and grow cloud-native communications software “at scale in a way that is secure, efficient and creates a sustainable ecosystem,” the blog post explains.

Khalidi expects 5G deployments to advance the virtualization of service provider core networks. He noted that Microsoft wants to “spur faster innovation, an expanded set of unique offerings and greater opportunities for differentiation.”

“Our intention over time is to create modern alternatives to network infrastructure, enabling operators to deliver existing and value-added services – with greater cost efficiency and lower capital investment than they’ve faced in the past,” Khalidi wrote.

Metaswitch has been a key supplier to large and small service providers. Initially known for softswitch technology, the company has since branched into other areas that involve moving functionality that traditionally was built into hardware into software instead – an approach that has received broad industry support, as providers see it as a way to reduce costs and enable faster deployment of new services.

In pursuit of those goals, the company was an early supporter of software defined networking and network functions virtualization.

In a message posted on the Metaswitch website, Metaswitch CEO Martin Lund noted that Microsoft will bring “added momentum, technology, services, and people.”

He added that “We will continue to meet customers where they are, working together as communication service providers evolve their own operations.  And we’ll be ideally placed to aid those operators keen to transition to cloud native deployments, to 5G networks and to the era of compelling applications that are served from the core and edge of new network architectures.”