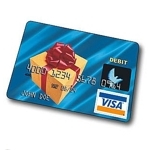 AT&T is putting gift cards, or AT&T Reward Cards as they call them, front and center for their latest holiday promotion.

They are offering up to $400 in AT&T Reward Visa Prepaid Cards, depending on bundle selection and method of activation (i.e. online, 800 call center, etc). The offer runs December 4th through December 31st.

According to AT&T, the following Prepaid Card amounts are offered for this promotion:

In a coordinated twist, AT&T is using the promotion to push ‘Free Smartphones,’ implying the gift card should be used to redeem a free smartphone. Prepaid gift cards have built significant momentum recently as a marketing tool. They are not without their critics though. Even Congress has weighed in on the issue recently, enacting consumer protections for the practice.

This current AT&T promotion has its share of attached strings, including restrictions on what can be purchased (no gas for instance), and a 90 day expiration. The cards wills be issued four to six weeks after a qualified activation.

The Gloves Come Off as T-Mobile Targets Dish Boost Subscribers