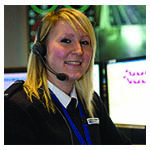 Collect calls could become a thing of the past if AT&T has its way. The company has filed a petition with the FCC for permission to discontinue the service, along with other operator assisted offerings such as international directory assistance.

The move represents AT&T’s latest attempt to rid itself of having to offer services it considers obsolete. The highest-profile of these efforts is on the network side, where the company is working toward transitioning from today’s copper and TDM based networks to advanced networks based on fiber, wireless and IP. But as the operator services filing illustrates, modernizing the telecom business will involve more than just the network.

How to Discontinue Operator Services
AT&T’s operator services filing is a reminder of how much the telecom industry already has changed. I doubt I’m the only one who had totally forgotten about several of the services AT&T hopes to stop offering. Person-to-person calling, for example, was designed to prevent callers from having to pay for calls if they were unable to reach the person they wanted to talk to. Clearly that’s an offering that has little value when phone service virtually always includes unlimited long-distance calling or large buckets of free minutes. And busy line interruption, which enabled an operator to break in on a call, would appear to be unneeded in an era of call waiting.

Demand for these and other operator services has been dropping at a rate of about 18% per year, AT&T says in its filing. Since 2004, the decline amounts to a drop of 93%.

While companies in many industries can simply discontinue products of limited popularity, AT&T as the original “Ma Bell” cannot simply do that but instead must consult with the FCC and must provide written notice to customers of its plans – a requirement the company said it already has met.

Phone companies have jumped through similar hoops in attempting to discontinue other largely obsolete services, including printing and distributing phone books.