Home » Among Gigabit Broadband Noise, There is Deafening Silence 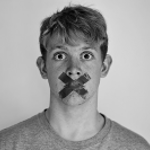 Gigabit broadband has captured the imagination of the broadband industry. There is at least one weekly announcement of a new gigabit deployment, sometimes more. We know many service providers, large and small, are launching gigabit services. The number is in excess of 100 deployments, most of which are small towns.

But what we don’t know is how many subscribers are actually buying gigabit. It seems very few gigabit service providers are willing to share active subscriber numbers.

The two highest profile gigabit service providers are Google and AT&T. To my knowledge, neither of them seems interested in revealing subscriber numbers. AT&T in their most recent quarterly earnings announcement says gigabit sales are “exceeding expectations” but will not reveal any actual numbers.

We’ve asked AT&T directly about gigabit subscriber counts on a number of occasions. Those requests have been ignored.

Google hasn’t officially revealed subscriber numbers, even though they have now been in the gigabit business for over four years. There have been estimates by some analysts that put Google Fiber subscriber numbers at just shy of 30K. But nothing official from Google.

Other high profile carriers are silent about actual sub counts too. Nothing from CenturyLink, Cox, or TDS. Comcast is just getting started, but I suspect they’ll be mum on the subject as well.

I have the pleasure of personally knowing several people running smaller gigabit service providers. In talking with them, none reveal actual subscriber counts, but I get the sense the numbers are somewhat underwhelming.

There are some exceptions. The pioneer in gigabit Internet, EPB of Chattanooga, reports just over 5,000 gigabit subscribers. That’s out of a possible 71,400 customers.

Why the Silence?
The PR machine behind gigabit is quite effective. There’s no question that we’re moving towards a gigabit access future. Many carriers are preparing for that future now. Some are using the gigabit hype machine quite effectively, positioning their company as a significant gigabit player without revealing any tangible specifics.

Is the silence regarding details really about competitive concerns, as some will tell you? Does it add ammunition to the argument that despite the broadband industry buzz, end subscribers aren’t all that enamored with gigabit, perhaps because they have no clue what it is or what it can do? Maybe the numbers are far exceeding expectations, as AT&T will have you believe.

I’m not sure. But it does contribute to a ‘cloud of skepticism’ regarding the true impact of gigabit services. It is being deployed to be sure. But how is the market actually responding? It’s very difficult to tell.

Hey Google, AT&T, CenturyLink, Cox, TDS, and many others, how about clearing that up for us?

2 thoughts on “Among Gigabit Broadband Noise, There is Deafening Silence”