Home » A Sputnik Moment for the Independent Telecom Industry? 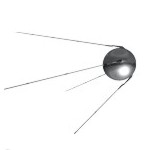 NTCA and OPASTCO are holding their annual IP Possibilities conference this week in Kansas City. IP Possibilities covers the shift to broadband and IP for the independent telco sector. Opening keynote speaker Chris Carabello of Metaswitch introduced the analogy of Sputnik, suggesting the independent telco industry needs to recognize the changes happening in the marketplace, both regulatory and marketplace, and become proactive in their approach to seize business opportunities.

“In our Sputnik moment, inaction is not an option,” Carabello said. It’s an interesting analogy that Carabello said he borrowed from President Obama’s 2010 State of the Union address. He has a valid point. Certainly marketplace evolution is an ongoing issue that service providers have always dealt with. But when you combine marketplace evolution, with the significant regulatory reform which is underway, and add growing competitive intensity for good measure, you can see a watershed moment that can either motivate service providers to rise above the challenge, as Sputnik did for the U.S. space program, or retreat.

Luckily, as Carabello pointed out, there looks as if a window of opportunity is forming for small independent telcos. The regulatory regime is now changing, maybe radically by some opinions, but not in a ‘flash cut’ fashion. There appears to be a transition period which service providers can leverage to ensure they evolve accordingly.

That evolution will need to include embracing innovation, in terms of the products that are offered, how they are marketed, and the culture in which they are incubated. There are no easy answers as many of the questions and comments at IP Possibilities revealed. But there is no turning back. What remains is rising to the occasion or retreating. Our industry’s Sputnik moment?

3 thoughts on “A Sputnik Moment for the Independent Telecom Industry?”