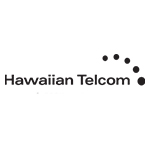 Hawaiian Telcom has brought broadband to 5,000 locations in rural areas of Hawai‘i in a project partially funded by the Connect America Fund (CAF). The Hawaiian Telcom CAF deployment is about 70% fiber-to-the-premises (FTTP). This capability enables 1 Gbps service.

Since Hawaiian Telcom’s initial 1 Gbps rollouts in June, 2015, the carrier has expanded the high speed service by more than half. It now is available to more than 140,000 residences and businesses on O‘ahu, Kaua‘i, Maui and the Big Island.

Hawaiian Telcom CAF Deployments
“As Hawaiʻi’s Technology Leader, Hawaiian Telcom is committed to expanding broadband access so more of our residents can experience its extensive benefits,” said Scott Barber, President and CEO in a press release. “We’re proud to be the only local provider actively expanding broadband within high-cost rural areas and of our ability to deploy speeds more than 100 times higher than the federal requirement.”

In 2015, Hawaiian Telcom was awarded about $26 million in CAF Phase II funding by the FCC to support broadband to more than 11,000 unserved locations. The project was to be completed by 2020.

In July, Cincinnati Bell said that it was acquiring Hawaiian Telcom.