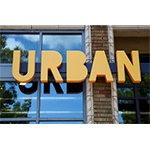 Urban areas with high densities of young, heavy network users continue to pose challenges for wireless services providers, according to the second semi-annual installment of the J.D. Power 2016 Wireless Network Quality Performance Study. Released Aug. 25, the results indicate wireless carriers need to continue investing in urban infrastructure as the use of 4G LTE smartphones grows and customers expect faster network speed, according to a news release.

Urban residents experience the greatest number of network problems overall, according to J.D. Power’s latest study – 15 PP100 as compared to 12 PP100 on average for rural residents and 10 PP100 for those living in suburban areas.

That extends across all 10 wireless network problem criteria.

The comparatively high density of younger wireless network customers living in urban areas contributes to the problem, according to J.D. Power. Problem rates are higher among those 18-34 (17 PP100) as compared to those 35 years old and up (10 PP100).

Customers 18-34 also use wireless networks more heavily. On average they received 39 text messages during a 48-hour period as compared to 14 for those 35 or older. Similarly, 18-34 year-olds on average connected to a mobile app 15 times as compared to seven for their older counterparts.

¨To retain customers, carriers need to proactively expand and upgrade networks to align with the latest generation of services and devices, particularly those that rely on data speed and consistent connections, such as broadband devices.”

Furthermore, J.D. Power found that urban wireless customers are more likely to switch providers when they experience a lot of network problems. More than one-third (37%) of those that experienced more than 12 PP100 problems said they would definitely switch carriers in the ensuing 12 months. That compares to 17% among suburban and 21% among rural customers.