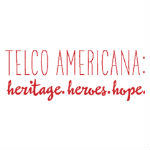 The Telco Americana website, launched earlier this month, aims to document the “heritage, heroes and hope” associated with the nation’s rural telcos.

“What makes rural telecom happen is people,” said the site’s founder Steve Gleave in an interview. There are a lot of “local heroes” who “do great things in the community,” he said.

Originally from England, Gleave has lived in the U.S. for 17 years and has become acquainted with numerous small telcos through his work as senior vice president of marketing for Metaswitch, an equipment maker with a focus on rural telecom.

As Gleave explained, Telco Americana is produced independently of his employer. It won’t promote Metaswitch products, and telcos don’t have to be Metaswitch customers to be featured on the site. (Metaswitch is pleased that Gleave has undertaken the project, however.)

Current content includes video interviews with a couple of small telcos and with end users who benefit from modern telecom infrastructure. Other rural telcos and their customers are encouraged to upload photos or comments to the Telco Americana site using interactive capability designed into it.

In an audio recording on the site, Gleave says he was inspired to create the site to counteract the bad press he felt rural telcos were getting. “Everybody was reporting so negatively on the future of rural telecom,” he says.

“I was angry that [rural telcos] were being dismissed so quickly,” Gleave told Telecompetitor. He noted, for example, that rural telcos often have infrastructure that is more advanced than what is available in some metro areas.

The Telco Americana site had about 600 visitors in the first two days with relatively little promotion, suggesting there is a definite audience for it.

Beginning early next year, Gleave expects to ramp up awareness of the site through social media and other efforts.

He hopes to add one new interview and six to 10 new photos per week. If the site is consistently able to meet that goal, he wants to gather the material together into a coffee table book — the kind with lots of photos.

Gleave has no firm deadline for publication but said it might happen next summer. He doesn’t anticipate selling the book but instead said interested parties, perhaps including Metaswitch, might chip in to help cover costs.