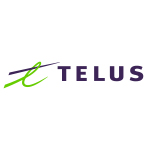 Canadian carrier Telus announced a continued broadband investment strategy to expand access in rural and remote Canadian communities. Since the turn of the millennium, the company has invested more than $175 billion in infrastructure and plans to invest another $40 billion over the next three years, the company said.

In 2019 alone, $124 million will be invested in rural wireless upgrades to the radio access, transport and core segments of Telus’ wireless network, which includes providing expanded access to Wireless High Speed Internet Access (WHSIA) to Canadians who live in locations too remote to receive wireline broadband service. TELUS claims that its 4G LTE network reaches 99% of the Canadian population.

“The significant investments we are making in our world leading networks are enabling us to connect Canadians in rural and remote communities to the people, resources and information that make their lives better,” said Darren Entwistle, Telus president and CEO, in a prepared statement. “The federal government’s capital cost allowance program will help us ensure all Canadians, regardless of where they live in our country, have access to the digital tools necessary to drive improved health, social and economic outcomes in their communities. Given our passion for bridging geographic and socio-economic digital divides, we will continue to expand our high-speed Internet and broadband wireless footprint across Canada to connect all Canadians.”