Broadband, as opposed to legacy telecommunications, accounted for 60% and 63% of SureWest Communications’ full year and Q4 2008 revenues as management pursues its strategy of focusing on building out and capitalizing on high-speed fiber-to-the-home networks and integrated IP services in the Sacramento and Kansas City markets.

Net subscriber growth and the acquisition of Kansas City’s Everest Broadband more than offset declines in SureWest’s traditional telecoms service offerings, the company reported today with the release of its Q4 and full year 2008 financial and operating reports.

“2008 was an important year for SureWest. Despite the economic downturn, our results were in line with the goals we set for the year,” president and CEO Steve Oldham commented. “It is evident that by focusing on growing our core Broadband business we can produce superior results for our shareholders. Our efforts in driving Broadband revenue growth and cost management, while decreasing expenses in the declining Telecom segment, have created a structure that allows for current and future EBITDA margin growth.”

Fiber-to-the-Home
In its Sacramento home market, SureWest’s IP-based “fiber-to-the-premise” network delivers asymmetrical Internet access at up to 50 Mbps, along with the “Triple Play” media and growing range of bells and whistles integrated broadband IP network platforms can provide.

Revenue growth in the Sacramento market was supported by the successful expansion of its data center, as well as increased demand for fiber-based Wide Area Network services from large enterprises and carrier network revenues, management reported.

SureWest’s overall Telecom segment revenues in Sacramento fell 16%, to $22 million, and 10%, to $95 million, in Q4 and full-year 2008, respectively, largely the result of unanticipated losses in its Telecom Residential and Telecom Access businesses.

Revenues from its Telecom Business in the Sacramento area fell 0.6% to $9.1 million in Q4 but increased 2% to $38 million for the year. ARPU rose to $327 which helped offset subscriber losses of 6% year-to-year and 2% quarter-to-quarter.

RGU declines in the Telecom Residential segment continued and wound up falling 22% year-to-year and 8% on a sequential quarterly basis. Management’s looking to offset with its broadband VoIP service. 1,800 residential customers migrated to the VoIP platform in Q4 as compared to a drop in residential telecom subscribers of 4,500.

Going to Kansas City
Revenue growth in the new Kansas City market were driven by strong Q4 sales as the company expanded both its direct and indirect sales teams and efforts. Seventy-five percent of customers in the (www.surewestkc.com) KC market subscribe to at least three services, according to the company.

SureWest’s Sacramento and Kansas City fiber-to-the-home networks now pass 304,200 homes, 20,300, or 7%, more than last year. Management expects to add another 7,500 “marketable homes” to this total this year–2,000 in the Sacramento and 5,500 in the KC area. A market penetration target of 35% has been set for these.
Management has also shed the company’s cell phone towers. On Feb. 27, they announced the completion of the sale of 52 wireless towers to Global Tower Partners for $9.2 million in cash. Part of the proceeds will be used to repay some of the company’s outstanding debt facilities. 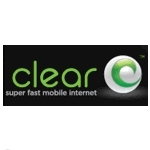