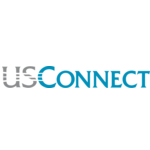 At least five rural telcos are embracing the idea that companies such as theirs need to consolidate. Those companies back in March created a new entity known as USConnect Holdings that aims to acquire other rural and independent communications providers.

According to Friday’s release, USConnect is “committed to sustaining the financial and operational viability of rural and independent communications providers.” But the USConnect spokeswoman declined to provide details on what strategy or business model the organization might use to achieve that goal.

“The existing business models of rural telecom companies [are] changing,” she said. “There are new opportunities and challenges and every communications company in America is aligning [its] resources with solid business plans. As [the industry] evolves, the company will evolve with it.”

The spokeswoman also would not provide specifics about the types of companies USConnect would look to acquire. “As opportunities present themselves and as the industry continues to consolidate, this group will assess opportunities as they come up.”

Asked why the five telco majority investors are making this move now, the spokeswoman said, “As the industry consolidates and evolves, the way to keep rural America a viable place to live, work and play is with a strong communications infrastructure. This group does that today and wants to make sure these types [of communications services] are available for rural consumers.”

One thought on “Rural Telco Consolidation is Goal of USConnect”