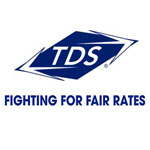 Nexstar, the second largest television station owner in the U.S., wants TDS Telecom to pay up to 129% more for video content, said TDS President and CEO Jim Butman in a video released to customers about the TDS Nexstar blackout. Because TDS and Nexstar were unable to reach an agreement on programming costs before the previous contract expired, Nexstar has required TDS to stop carrying Nexstar content.

“Taking down your channels was not our choice,” Butman told customers in the video. According to Butman, TDS made “fair offers” to Nexstar and asked Nexstar to allow TDS to continue carrying Nexstar content until a new agreement could be reached.

“We hope the takedown is temporary,” Butman said.

TDS Nexstar Blackout
The TDS Nexstar blackout, coinciding with NFL playoff season, comes at a particularly inopportune time for TDS. But TDS has taken steps to fight back, including sending a letter to the FCC to protest Nexstar’s demands and tactics.

In the letter, TDS argued that Nexstar’s proposal is “materially more than TDS pays to any other broadcaster” and accused Nexstar of “misinforming and confusing” TDS customers with “incorrect on-screen messaging.”

Video providers, particularly smaller providers such as TDS, have been complaining for years that they lack leverage in negotiations with broadcasters because they are required to carry local channels from those broadcasters. The video providers point to skyrocketing content costs as the result.

The TDS letter suggests that video providers may have some leverage at this time, however, as Nexstar is pursuing a merger with Tribune Media that will require regulatory approval. In the letter, TDS cautions that if the merger is approved, Nexstar will replace Tribune’s lower retransmission fees with its own higher rates.

“Media consolidation is causing an already lopsided process to become even more out of balance,” TDS argued in the letter.

In the video, Butman urged customers to file a complaint with the FCC about the blackout.

TDS also has taken steps to try to minimize the impact of the blackout.

For example, the company has posted “alternate viewing ideas” for customers impacted by the blackout. These ideas include streaming NFL playoff games on NFL or Yahoo Sports apps, watching CW content on the CWTV website beginning at 11:00 p.m. on the night when a show first airs, and others.

A Familiar Story
The TDS Nexstar blackout is the latest example of a video provider losing content when it is unable to negotiate a contract with the content provider prior to the previous contract’s expiration. Often, an agreement is eventually reached, but video providers have seen margins decline because they often opt not to pass on the full cost of the programming cost increase to customers.

Increasingly, some video providers have decided to simply stop carrying a content provider’s programming – an option that is becoming increasingly viable as more and more consumers shift toward content options streamed over the internet.

Tier two video provider Cable One has chosen a third approach – accepting high content costs but passing them on to customers. That strategy has caused the company to lose video subscribers and revenues but boosted overall margins as the company’s revenue mix shifts toward higher-margin internet connectivity.