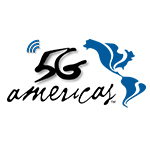 Currently, there are 34 3GPP standardized commercial 5G networks in the world, according to industry organization 5G Americas. Researchers expect there will be 77 commercial 5G deployments worldwide by the end of the year, basing that estimate on figures from TeleGeography.

There is still growth ahead for LTE, however. While jumping by nearly 250 million worldwide in the second quarter of 2019, the growth of LTE connections is just starting, according to 5G Americas.

Based on data from Ovum, 5G Americas reported that LTE subscriptions are nearing 5 billion.

Ovum further forecasts that there will be 156 million 5G connections worldwide and 32 million in North America by the end of 2021.

In comparison, LTE had 4.7 billion connections worldwide as of June 2019, representing 53% of all wireless connections.

5G Deployments
“We’re coming out of the gate with the excitement of 5G networks in 2019,” said Chris Pearson, president of 5G Americas, in a prepared statement about the 5G deployments research. “However, network operators in many regions of the world are continuing to build out 4G LTE infrastructure at a rapid clip to provide excellent mobile broadband service to their customers.”

Peterson added: “LTE continues to increase the number of new connections while networks are continuously being enhanced with new technology. The innovative technologies which underpin 5G performance will also improve 4G LTE networks through the foreseeable future.”

Currently, North America has the largest share of  worldwide wireless connections. LTE represented 88% of all mobile connections in North America as of June, an increase from 82% at the same time last year.

Ovum estimates forecasts that by 2023, global 5G connections will grow to 1.3 billion, representing 13% of all worldwide wireless subscribers.