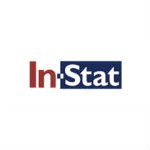 Growing production and consumer adoption of multi-purpose, networked computing devices is driving the emergence of digital multimedia homes, a trend that NPD In-Stat expects to continue. Shipments of “smart CE (consumer electronics) devices” will exceed 92 million units by 2016, according to the Scottsdale, Arizona-based market research firm.

Increasingly tech-savvy, consumers value the freedom to choose open, multipurpose smart CE devices offer, while the number of entrepreneurial device designers and manufacturers keen to capitalize on this continues to grow. That poses a growing threat to established pay-TV service providers.

“In fact, they are not only capable of using smart devices, but consumers are eager to own smart devices that will afford them more freedom to access content outside the walled gardens of the pay-TV service providers, including content that is now widely available on the Web. As a result, CE manufacturers see a tremendous opportunity in filling the gap between what pay-TV service providers currently provide and what consumers are capable of utilizing,” Bogen said.

“If CE manufacturers are somehow able to substitute their own devices as an alternative to current STBs to enable the connected or smart digital home, they may be able to wrest some of the revenue opportunity away from pay-TV service providers. However, in an attempt to minimize the potential impact this could have on their customers and revenue stream, pay-TV service providers have begun to develop and deploy their own ‘smart’ STBs.”