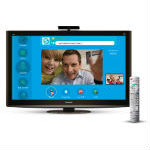 Growth of the nascent, so-called “living room” sub-market of the video calling market is set to expand from an estimated 1.5 million users today to some 16.4 million in 2015. Asia-Pacific’s user base will lead the way and grow fastest by a large margin, according to an NPD In-Stat research.

NPD In-Stat analysts divide the video calling market into three sub-markets depending on the device being used to make the video call: PCs, Mobile, and Living Room (digital home) devices. Video calling originated on the PC, then migrated on to mobile devices with their proliferation. A third wave now sees video calling moving into the living room as the digitally networked home filled with Internet-connected devices and equipment becomes a reality for more and more people.

“The integration of video calling with social networks, such as Skype’s integration with Facebook and Google+’s incorporation of Hangouts, is bringing a fresh perspective to video calling. Additionally, introducing this capability to the living room, enabling HDTV video chat, is an additional aspect of the market that is being endorsed by industry giant Microsoft as well as leading device OEMs including Panasonic, Samsung, and LG.”