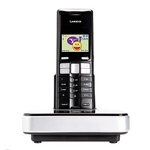 Global sales of VoIP (Voice over IP) and IMS (IP Multimedia Subsystem) equipment rose for the first time in three years in 2012, increasing 9% year-to-year, according to Infonetics Research. A strong 4Q, particularly for IMS equipment, fueled the annual rise.

Global sales of carrier voice over IP (VoIP) and IP multimedia subsystem (IMS) equipment topped $800 million in 4Q12, thanks to a strong core of IMS, voice application servers, and softswitches

Other key takeaways from Infonetics’ fourth quarter and year-end, “Service Provider VoIP and IMS Equipment and Subscribers” report include:

“As we predicted, after three years of annual declines, the carrier VoIP and IMS equipment market turned the corner in 2012,” commented Diane Myers, Infonetics’ principal analyst for VoIP, UC, and IMS.

“It’s still early days for IMS equipment and applications for LTE, but a handful of operators are placing orders that are positively impacting revenue. This is a taste of what’s to come over the next few years as wireless operators step into voice over LTE (VoLTE) and RCS (Rich Communication Services) begins to roll out across multiple regions.”