Qwest released 2Q08 numbers today and the results aren’t thrilling. Like most local telcos, Qwest is losing access lines and broadband growth is slowing significantly. Unlike it’s “baby bell” brethren, Qwest does not have its own wireless assets to rescue the day. Here’s a snapshot at some of the numbers:

The results aren’t too uncommon from Verizon and AT&T results, with the exception of the missing aforementioned growth engine of wireless. Qwest made some strategic decision recently, where they are pursuing resale strategies for both wireless and video. It’s too early to determine whether those moves are the right ones. We’ll have to watch this play out over multiple quarters and years to come to see if reselling (rather than building one’s own means) the two growth engines of wireless and video makes long term sense. We may find out that Qwest has the last laugh because they’re able to extract decent enough commission revenue to justify not investing the billions necessary to offer those services themselves. Maybe it makes sense to get a buck or two per DirecTV and Verizon Wireless resale customer per month than to build up billions in debt building your own capacity in the hopes that your ROI will eventually pay off. But of course, maybe it doesn’t. Maybe Qwest will find themselves watching on the sidelines, unable to act, as their competitors leverage their more robust networks for more value, revenue, and margin, and cherry pick Qwest’s best customers. We should all thank Qwest, because their alternative approach gives our industry some variety relative to long term strategies. Stay tuned. 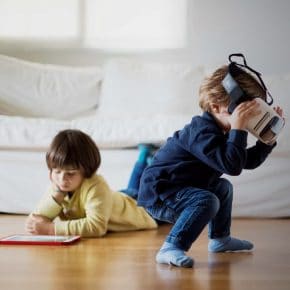 On Path to Provide “America’s Best Broadband,” AT&T May Edge Out and Overbuild

Frontier Has a Thing for Fiber, Plans 2 Gbps Service and 10M Homes by 2025