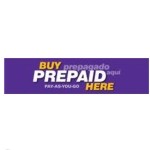 Having forecast a decided shift from postpaid to prepaid cell phone service in the U.S a year ago, 4Q 2009 marked the first time that the number of new prepaid wireless customers outnumbered new postpaid cell phone customers, the New Millennium Research Council points out in a news release.  The NMRC expects this trend to continue into, and throughout, 2010.

Prepaid wireless plans have become quite competitive with traditional post paid plans, and not just in cost, but in features too. Several prepaide carriers offer 3G data services and MetroPCS announced they intend to launch a 4G LTE network in Las Vegas soon.

In its latest analysis of the latest complete quarterly data, the NMRC highlights the following:

“We stand by what we forecast a year ago: The era of cell phone penny pinching is officially here. Thanks to the recession, the U.S. cell phone marketplace continues to undergo fundamental changes that will just get bigger as the economic downturn deepens,” commented Jose Guzman, the NMRC project’s coordinator. “What is different from a year ago is the explosion in new ‘all-you-can-eat’ and unlimited prepaid deals as low as $30 and $45 that will remain attractive to consumers long after the current recession is over.”

Added John Breyault, vice president of public policy, telecommunications and fraud for the National Consumers League, ““We believe that in a tough economy, consumers are increasingly on the lookout for ways to cut costs to help make ends meet.