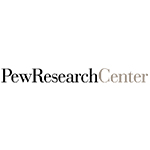 U.S. broadband penetration appears to have reached a plateau as more Americans are using smartphones to get online, according to a new report from Pew Research. One-third of Americans do not have a home broadband service, Pew highlights in a blog post.

Home broadband adoption now stands at 67 percent, down from 70 percent in 2013, returning to the level it was in 2012. Coincidentally, the number of Americans who own smartphones has increased to nearly 7 in 10 (68 percent).

Broadband Penetration Plateau
In addition, the percentage of ¨smartphone only¨ adults – those who don’t have traditional home broadband service – has increased to 13 percent this year as compared to 8 percent in 2013, Pew highlighted. The rise in smartphone-only adults is most clear among African-Americans, rural residents and low-income Americans.

Furthermore, 15 percent of Americans have cut the cord on their paid cable or satellite television services. Another 9 percent reported never having either cable or satellite service. Many of those Pew surveyed said the availability of TV content online was a factor in their decision to curtail their pay-TV subscriptions.

The growing percentage of smartphone-only Americans has implications with respect to the digital divide. Previous Pew Research revealed that those who rely on smartphones to access the Internet are more likely to run up against data caps included in their service plans, for instance. In addition, a more recent Pew research study found that those who use digital tools to search for jobs face challenges, such as filling out job applications and writing cover letters.

According to Pew, many smartphone-only Americans don’t have a traditional home broadband connection because they said they have found they can do all they need or want to via their mobile connections.

Pew sees tension between the need for broadband access and affordability increasing. High monthly broadband service fees were cited by many of those without home broadband as the most important reason they didn’t have a broadband connection. Additional findings:

Attitudes Toward Home Broadband
Pew also notes a substantial increase in the share of adults who said that not having a home broadband subscription is a major disadvantage when keeping up with the news, looking for jobs, accessing government information, getting health information, learning new things, and other activities related to the digital divide.

Two-thirds of Americans (65 percent) of those without home broadband said lacking it is a major disadvantage in at least one of these areas. That compares to just under one-half (48 percent) who believed that in 2010. In addition: